Bars and coffeeshops in tv series: the most famous places - Laboratorio dell'Espresso
Skip to content 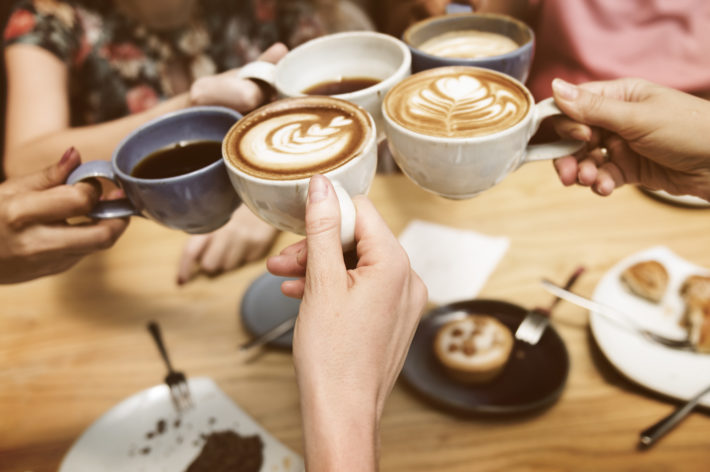 Taking a break to grab a coffee and eat something in a bar is a way to give yourself a little time out, maybe meet a friend or simply get your thoughts in order. And it’s the same thing for tv show characters, who often spend a lot of time in diners or coffee shops, so much so that these places become some of the most important sets on the show. And let’s be honest : who wouldn’t want to go into one of these places and drink something with their favorite tv character? So let’s rediscover together some of the most famous bars and coffee shops from tv series.

The most famous coffee shops on TV

To make a complete and comprehensive list of all the most famous coffee shops and bars is a highly complex task, because almost every tv series contains at least one among its usual locations. The conviviality, the comings and goings of people, the music, the windows that look out onto the street are just some of the features which transform these places into such evocative and unforgettable locations. So we have carefully selected just a few of these establishments, for example, the Peach Pit from Beverly Hills 90210, Arnold’s from Happy Days and the Cafè Nervosa from Frasier.

The jukebox, the pinball machine, the billiard table, the popcorn machine and, every so often, performances by country music groups: all these elements unequivocally define The Boar’s Nest, the bar frequented by the Duke family (main characters of the show) and many other patrons from Hazzard County. Not all the business affairs discussed in the bar are totally legal; in fact the bar also hides an escape tunnel, from the times of prohibition, while in the car park there are motor races where some of the characters challenge each other. A cult meeting place for an unforgettable series.

Let’s start from the basics and fly to Milwaukee in the state of Wisconsin. Start singing that well-known theme tune, “Sunday, Monday, Happy Days, Tuesday, Wednesday, Happy Days”: one of the most famous bars in the history of TV series, Arnold’s bar and diner gets a special mention. Perhaps because of its jukebox, or maybe its wood paneled walls and colorful furnishings, like every self-respecting 1950s American drive-in, but its charm is undeniable. It’s here that Fonzie, Richie, Potsie and Ralph Malph spend “happy days” (and some others a little less happy), and it’s here, too, that Fonzie has his “office”: you remember what we’re talking about, right?

The ‘90s are synonymous with Beverly Hills 90210. Between denim jackets, really high-waisted shorts, loves and betrayals, Brenda, Brandon, Dylan, Kelly, Donna, Steve, David and Andrea meet at the Peach Pit. Perhaps not everyone knows that the set was the same one used for After Dark, the disco frequented by the characters in the series: just one way of saving money on the location. A bar in pastel tones, where one of the main characters also works, the charming Brandon Walsh played by Jason Priestley.
To celebrate the return of the series Beverly Hills 90210 to our screens, a pop-up bar opened in Los Angeles which was a reproduction of the famous diner: in fact, from August 1st to August 3rd 2019, just a few days before the new series was launched, the fans had the opportunity to visit the Peach Pit and order food and drinks just like the characters of their favorite tv series did.

The Gilmore Girls are regular visitors to Luke’s Diner. The most famous diner in Stars Hollow and a key location in the affairs of Gilmore Girls, theatre for the discussions between Lorelai and Rory, the arguments and the secrets, always over a coffee. If we consider the success of the series and the loyalty of the fans, it is hardly surprising that in 2016, on the anniversary of the airing of the first episode, 200 diners in the US (with the help Netflix) “dressed up” as Luke’s Diner and served drinks in true Gilmore Girls style.

It was back in 1998 and the story of Felicity Porter, who abandoned all her certainties to follow a whim and transfer to the Big Apple, kept many adolescents glued to the tv set. Like every good American student, Felicity also tried to earn some extra cash by working at the coffee shop Dean & DeLuca. Do you remember it?

In the ten years that it ran, Friends became a cult tv series for all those who were fans of the happenings of Ross, Chandler, Joey, Rachel, Monica and Phoebe. Many of the key events in this series took place in the beloved location of Central Perk, the coffee shop where the friends often meet. Its importance is clear right from the very first episode, and from there it didn’t take long for it to become a legend: it is still possible to visit the original set in the Warner Bros studios in Los Angeles, while in New York, not so long ago, just for a few months a coffee shop was opened that was an exact detailed replica of the one in the tv series. Another Central Perk was recently inaugurated also in the UK, the ideal place to immerse yourself in the atmosphere of the series and perhaps pretend to live the adventures of your favorite characters from the show over a hot drink.

Even the long-running sitcom Frasier, another real classic, has its very own coffee shop as one of its main locations, the Cafe Nervosa. It is here that the brothers Frasier and Niles exchange secrets and ask each other for advice about the events going on in their lives over a cappuccino.

These are just a few of the places frequented by the characters in popular tv series. And you, which location would you choose to stop off at and enjoy a coffee and a slice of cake ?