Filicori Zecchini and Laboratorio dell'Espresso blog - About
Skip to content

Filicori Zecchini, since 1919 a story of passion and coffee

Ever since 1919, Filicori Zecchini has been synonymous with quality coffee, Bolognese history, experience and family. Right at the end of World War I, in fact, Aldo Filicori and Luigi Zecchini decided to start up a new commercial activity in Bologna which embraced, under their watchful and expert supervision, the entire coffee production chain. Around the Filicori Zecchini coffee cup, a real world of values was soon constructed, which, still today, combines that passion for the traditional with technological innovation to create unmistakable products. Tasting Filicori Zecchini coffee, is, in fact, a unique experience precisely because it recounts and echoes a century old story.

The journey of Filicori Zecchini coffee: from Bologna to 43 countries around the world 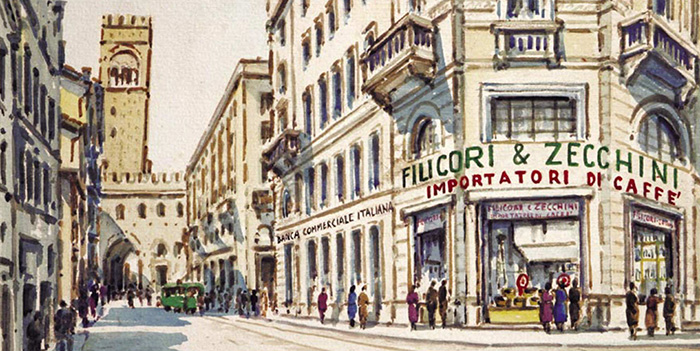 Since the time when the aroma of freshly roasted coffee drifted around the streets of Bologna city centre, between Via degli Orefici, where the Bottega del Caffè coffee shop was situated, and Via Oberdan, where the first headquarters of traditional coffee roasting was located, almost a century has passed now. Years brimming with satisfaction and achievements that have led to the distribution of the unique flavor in 43 countries, born in a small Italian coffee shop, where the coffee was nurtured and loved and where there were no compromises in the pursuit of quality.

The list of acknowledgements received in Italy and abroad is not short: it’s enough to think that in 1933, Filicori Zecchini became “official supplier ” of the Real Casa: also the Savoia family have been conquered by the unmistakable flavor of our coffee. World War II, though, marked a difficult time for everyone: the precious coffee beans were almost impossible to find, but that didn’t stop the determination of the Bolognese families who, in the historic coffee shop, didn’t stop working, roasting barley.

A Question of Family

Once the conflict was over, coffee became a symbol of the economic miracle, rebirth and, in its own way, hope. The dream of Aldo and Luigi was cherished by Giovanni Filicori, a pillar of strength of the company since 1964, when he took the reins. This strong commitment to the business continues to be renewed and revived, thanks to the ideas and shared vision of Costanza Filicori, Luca Filicori and Luigi Zecchini Jr: faithful descendants of the founders who have made the decision to promote traditional top quality coffee and spread the culture. Strengthened by the business’ success, the experience and recognition received over the years, today we are looking to the future aiming at an increasingly wide range of services and products, and suitable for satisfying the needs of those who, in a cup of coffee, look for the highest quality, which is so dear to our company.

Training and services looking to the future 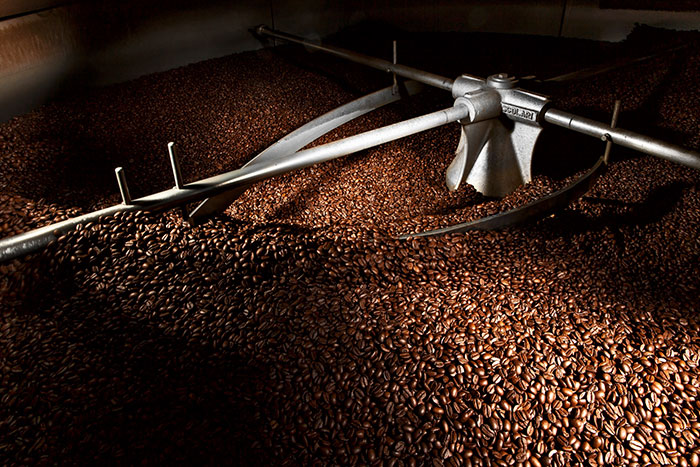 Promoting and enhancing the coffee culture via our “know-how” is the stimulus which led to the creation, in 2001, of the Laboratorio dell’Espresso, a professional training experience made-to-measure for distributors and clients. In the classroom the secrets of how to prepare the perfect espresso are revealed, the processing of the milk or the maintenance of the instruments, but above all the knowledge and creativity that have allowed the spirit of Filicori Zecchini to survive over time.
In fact, the story and the dream certainly don’t end here. Even as you read this, new ideas are taking shape and new projects are coming to life, founded on the constant conviction that passion for tradition and technological innovation complement one another perfectly.