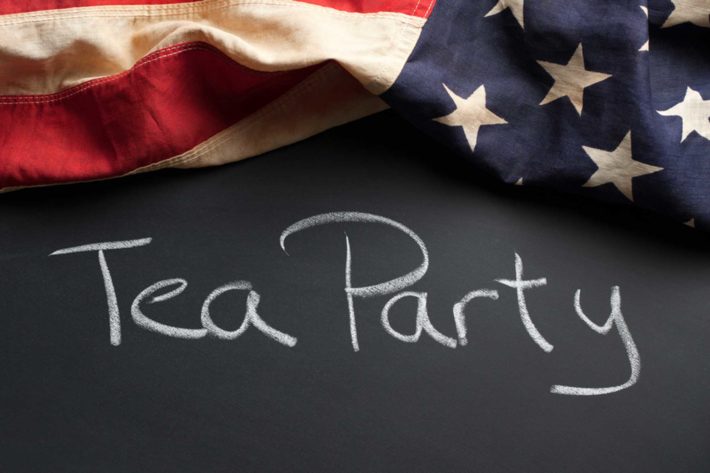 Tea is not only one of the most loved and highly consumed drinks in the world, but it was also a great protagonist in economic and political history. If tea didn’t exist, in fact, perhaps the world as we know it today wouldn’t exist either. It was precisely because of a load of tea imported from the Indies, a the end of the 18th century, that the American war of Independence started.

Here’s what happened in Boston on Thursday 16th December 1773, a date that became historic for the Tea Party, the rebellion of the American separatists against the British Empire and the East India Company.

What is the British East India Company? 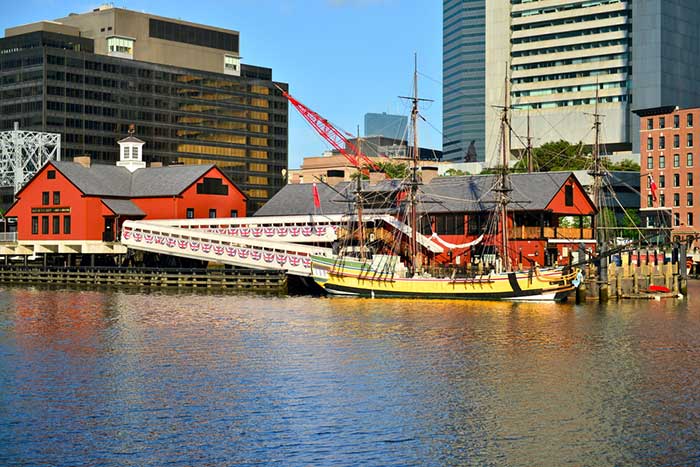 Before we discover why the Tea Party marked an extremely important point in the history of the United States and the British Empire, we should first take a step back to look at the history of the British East India Company. Thanks to this company, founded in 1600 by Queen Elizabeth I, the British Empire had total control over all trade coming from the Indian Ocean for almost 3 centuries. Naturally, among the most valuable products, there were precious loads of  tea and coffee headed for Europe and parts of America. The Company had a lasting influence on international business, also having a significant impact the commercial activities of the New World Colonies.

In 1773, the British Parliament issued the Tea Act, which authorized The British East India Company to sell tea coming directly from the area of the Indian Ocean in its American Colonies, bypassing any intermediary. The aim of the Tea Act was to make it easier and much cheaper to sell the huge quantities of tea stored in the warehouses of London and combat the problem of contraband of tea in the colonies.

The Tea Party: the destruction of the tea in Boston 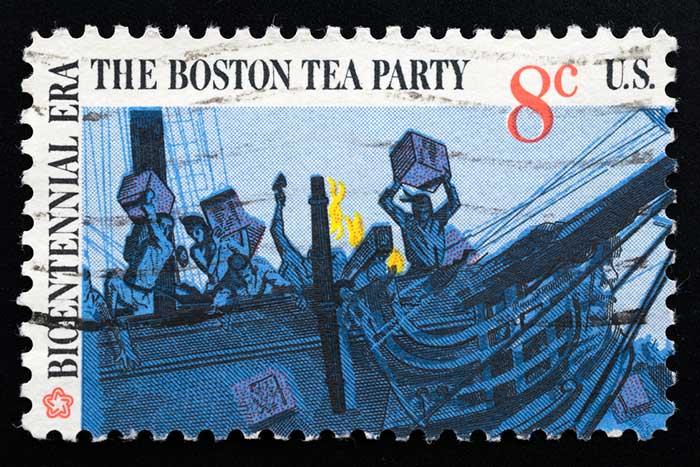 The monopoly of the British East India Company and the increase in duties stirred up great discontent among the citizens of the New World: in fact there were many organized groups, more or less clandestine who fought to change things. One of these secret separatist societies, the Sons of Liberty, was the protagonist of the Boston Tea Party. On the 16th of December 1773 its members organized one of their typical protest acts against the British Government. When the British ships arrived in the port, the rebels asked them not to unload the tea, but the governor of Massachusetts closed the port, ordering the normal unloading to proceed. So during the night, disguised as Redskins, the members of the Sons of Liberty assaulted one of the ships and threw all 342 cases of tea into the sea, destroying the entire cargo.  This is why the Tea Party is also called “The Destruction of Tea in Boston” . It is said that by the end of the day in the waters of Boston harbor there were 45 tons of tea floating in the water, with a value of around 10.000 dollars of that era, and that the “infusion”  remained in the waters of Boston for weeks afterwards.

The consequences of the Boston Tea Party

In response to the assault of the Tea Party, the British Empire issued a series of laws against the colonial territories in the Boston area, which came to be known historically as the “Intolerable acts”. From that time, it didn’t take long before major conflict began: indeed, after a year,  the American War of Independence began. Still today, the “tea bath” of the 16th of December is considered the event that sparked it all off.

Did you know the story of the Boston Tea Party?