he different phases of the roasting process
Skip to content 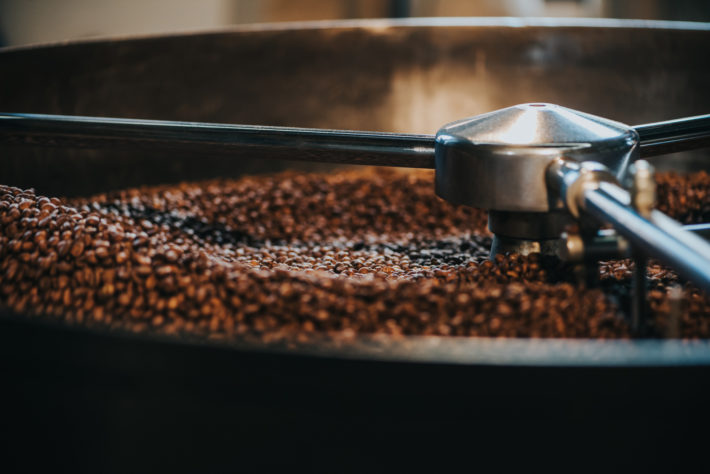 Coffee roasting, as we saw in the article dedicated to its history, is a very important part of coffee processing. The aroma of the drink depends on the final outcome, and so it is fundamental that this phase is performed by experts. But what actually happens during the various phases of the coffee roasting process? Let’s find out in this article.

The coffee roasting process: what happens in each phase?

The coffee roasting process consists of four main phases: let’s take a closer look at each one and see what they involve.

This stage consists of dehydration. During this phase, which lasts about half the total time of the cycle, the coffee beans lose about 6-8% of their weight through the evaporation of a significant proportion of their moisture. They also turn a yellowish color at this point and acquire a smell similar to that of popcorn or toasted bread.

This is considered the first real phase of roasting, in which the chemical-physical transformations take place which will lead first to the dilation and then the explosion of the internal cells of the beans, making them more brittle.
In this phase, known as first cracking, the reaction is exothermic: the beans expand with a crackling of heat and energy, and transform from their yellowish color to brown. As the first cracking continues, the coffee bean still has a blotchy appearance, while the beans start their expansion. The moisture released inside the grains causes the central cut to open up even further releasing part of the film contained. After the release of heat during the first cracking there is an endothermic reaction and it is important to increase the temperature immediately in order to avoid creating the so-called “baked” flavor.
Between the first and second cracking there is another short endothermic period in which the coffee accumulates heat to the point where the woody fibers in the coffee bean start to break up and the beans become increasingly brittle.

This phase corresponds to the last 2-3 minutes of the cycle. Here the pyrolysis processes dominate (in other words, heating without oxygen) and the beans change from a lighter brown to a darker brown color, sometimes covered in a light oily layer.

At the end of the roasting process, the beans reach a very high temperature (between 392 and 428 °F), so it is necessary to cool them immediately in order to obtain the desired degree of roasting. Insufficient cooling which lasts too long can cause excessive loss of aroma and fullness of flavor.
Optimization of the cooling process can mean intensity of aroma is maintained and better and longer conservation of the product. There are two main methods used for cooling the beans:
● Forced air cooling. This involves a large inflow of cold air which reduces the temperature in a very short time. In the following 3-4 minutes, the coffee beans are heated to somewhere around room temperature of the immediate environment.
● Water cooling. The cooking cylinder is filled with water just before the beans are unloaded into the cooling tank. When the water meets the high temperature of the cylinder it transforms into steam. When the steam comes into contact with the coffee beans, it reduces their temperature drastically and stops the cooking process.
The two cooling methods can also be used in combination with one another: once the roasting is finished, the water is flushed into the cooking drum and the roasted beans are emptied into an air-cooling tank. 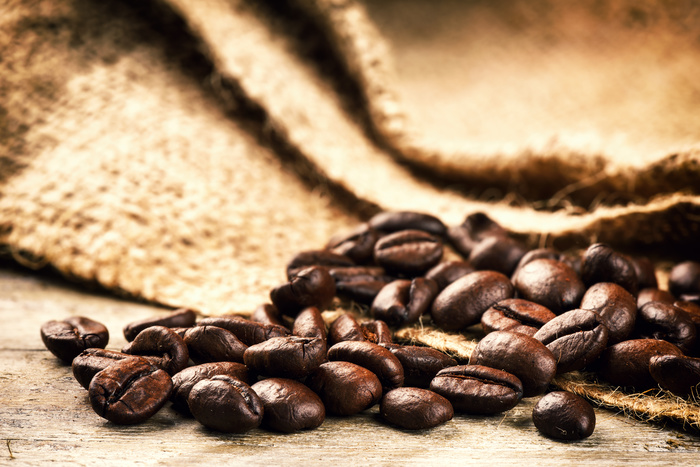 The transformation of the coffee bean

During roasting, the coffee bean undergoes various transformations, which can be classified into six distinct phases, each one given the name of a color.
● Green phase. At the beginning of the cycle, the coffee in raw fresh bean form is placed in the roasting drum. Initially the temperature drops, then starts to rise again. In the beans, which absorb heat, endothermic reactions begin to take place and at around 122 °F the internal tissues start to change.
● Yellow phase. The beans continue to absorb heat, while the water they contain evaporates. Once the temperature reaches 212 °F, the color of the beans starts to change to yellow due to the caramelization reaction of the sugars.
● Cinnamon phase. In this phase the Maillard reactions take place. These, which contribute to awakening many of the aromatic substances, start happening at around 320 °F and continue up to the end of the roasting. The beans are a light brown color and appear dry, with a sour taste.
● Light brown phase. Once the temperature exceeds 392 °F, the reaction becomes esoteric, in other words it releases heat. The coffee beans become that classic “monk’s tunic” brown color: this product, ideal for espresso, has a balanced flavor and harmonious complex aroma.
● Dark Brown phase. If the roasting temperature reaches 446 °F, the coffee will have a stronger and more bitter flavor, thanks to the little brown drops of oil that emerge on the beans.
● Black phase. The most subtle aromatic nuances fade away, the surface of the coffee beans is a black color and appears covered in oil. At temperatures over 464 °F, the beans may begin to burn.
Everything that happens during the various phases of the roasting process give the coffee its particular flavor and aroma, according to the temperature reached. Did you know how many variables there were to take into consideration during coffee roasting, and how much these can influence the final flavor of the drink? 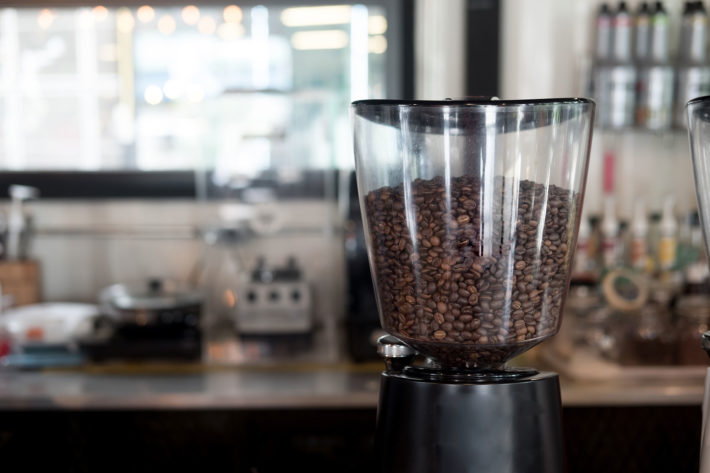 Every bartender knows that in order to get the perfect espresso, delicious and balanced, it is essential  that the beans… 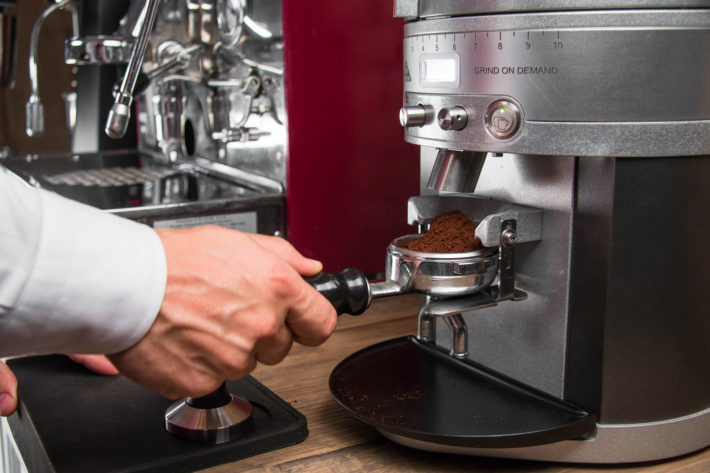 Coffee tamping: the most common errors and and how to do it correctly

In order to get the perfect espresso there are certain rules you must follow, that concern both the use, the cleaning… 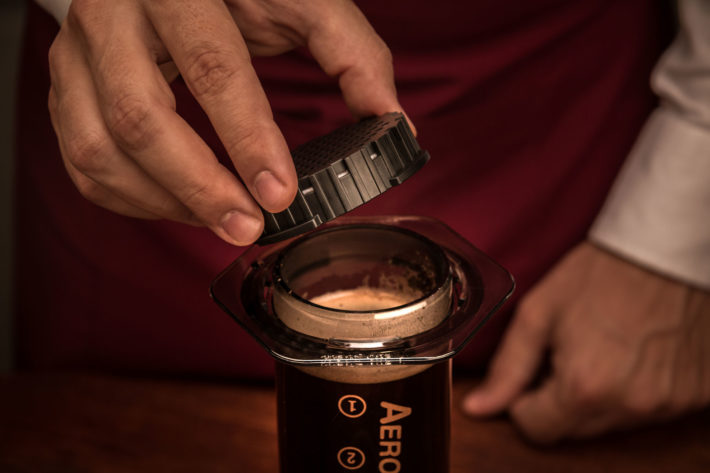 We could define the Aeropress as a relatively recent coffee extraction method seeing as it was invented only 13 years ago, in 2005, thanks to the intuition of Alan Adler …