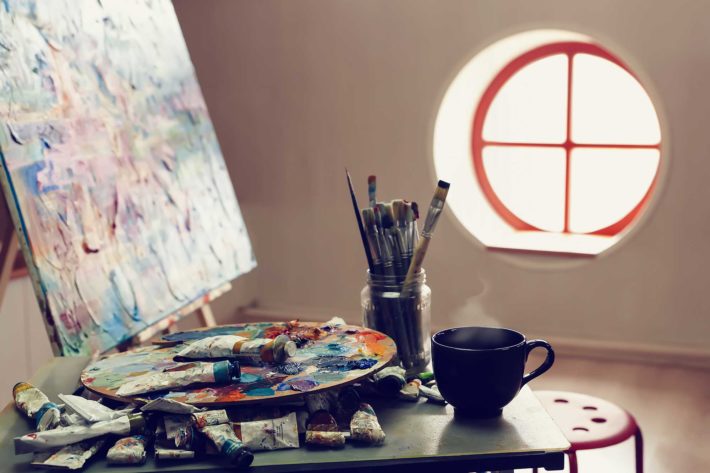 From its spread throughout Europe starting from the XVII century, coffee has become part of our daily lives, so much so that it has also often been immortalized in the works of famous artists. From the pre-impressionism of Edouard Manet to the American realism of Edward Hopper, coffee has earned its place in the figurative arts, recounting eras, customs and moods. Not to mention those who today use coffee itself for painting, creating masterpieces with a coffee aroma! After talking to you about coffee in cinema and coffee in music, today we’re going to take you on a journey to discover coffee in art via the main paintings in which it is the protagonist, both as a drink and as a meeting and social place.

Discovering coffee via the artworks of the most famous artists

Do you know which is the oldest painting of a cup of coffee? It would appear to be the still life painted by the Spanish artist Francisco de Zurbarán in 1633 entitled Piatto di cedri , cesto di arance e tazza con rosa (Still Life with Lemons Oranges and a Rose). In fact, in the painting it is possible to distinguish clearly a small cup next to the basket of fruit in the centre of the picture: according to art historians, this is probably the first ever depiction of coffee in the figurative arts.

If, during the 18th century coffee was mostly consumed by the higher social classes, over the course of the nineteenth century, consumption of this drink became increasingly widespread and became ever more present even in art works inspired by the everyday life of the middle classes. For example, we find it in Colazione nell’atelier (Luncheon in the Studio) (Manet, 1868) in the form of a small white cup which can be seen on a table which is still set, while the waitress approaches with a coffee pot. And it is also present in La fine della colazione (The End of Lunch), painted in 1879 by Pierre-Auguste Renoir, one of the greatest exponents of French impressionism: the painting conveys the calm atmosphere after an open-air lunch, with the coffee cups still on the table, transmitting the spontaneity typical of contemporary photographs. 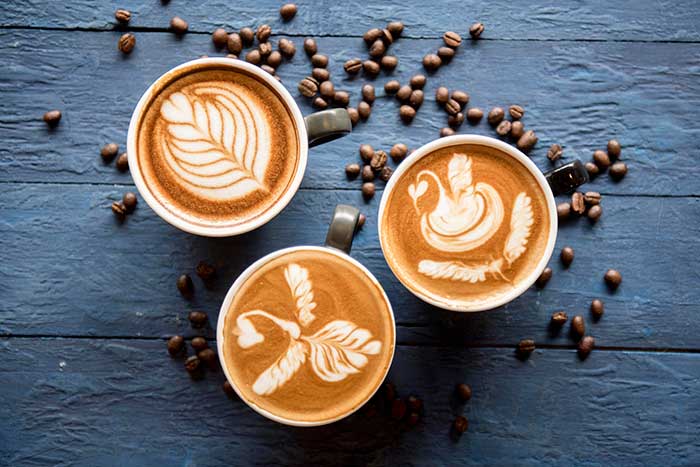 If the painting Chez le père Lathuille (At Father Lathuille) (Manet, 1879) immerses us in the romantic atmosphere of a couple intent on chatting at a restaurant table while the water observes the scene from a distance with coffee pot in hand, Vincent van Gogh transports us into one of his paintings full of charm and atmosphere. In Terrazza del caffè la sera (Café Terrace at Night), painted in 1888, the painter depicts a place which still exists to this day in Place du Forum in Arles, in Provence. It is the café intended as a meeting place that is the protagonist of this famous work by the Dutch artist: golden and full of light, it shines under a clear, starlit sky while a waiter passes between the tables full of people. A little more unnerving though, is the sensation conveyed in the work Il caffè di notte (Café at night), also dated 1888: via the use of the complementary colors red and green Van Gogh wanted to communicate the violence of human passions that degenerate, in particular in cafés.

From Cézanne to Guttuso: coffee in art from the late 19th century to the 1970s

Our journey to discover coffee in the world of art continues with Donna con caffettiera (Woman with a Coffee Pot), painted by Paul Cézanne probably around 1895. The painting has a very simple subject, taken from everyday life: we see a maid sitting down in a moment of rest, while on the table near her there is a coffee pot and a cup. The unusual feature of this work is the simplification and geometric stylization of the shapes; elements which indicate the first steps in the transition towards cubism and show the change in the art of this painter. Leading us towards more desolate scenes, though was the American artist Edward Hopper. In Automat, a work from 1927, a girl sitting alone in a bar holds a cup of coffee, while her stare seems lost. An air of loneliness and alienation not far from that perceptible in I nottambuli (Nighthawks), again painted by Hopper in 1942, which depicts an establishment with a large glass window in which three patrons are shown each lost in their own thoughts. From 1940s America we catapult ourselves into the Caffè Greco in Rome: in fact, in 1976 the artist Renato Guttuso created the painting Caffè Greco, a work which portrays the famous Roman cultural café – opened way back in 1760 – and considered a historical meeting point for artists and outstanding personalities that have frequented it over the years. 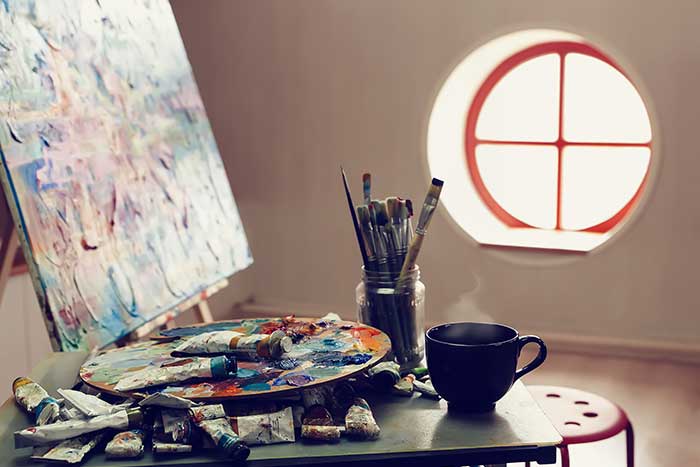 Coffee Art: the art of painting with coffee which has exploded on Instagram

Coffee is the star also when it comes to contemporary art and becomes the art material itself with Coffee Art, the art of painting with coffee. We have already talked about this painting technique citing artists such as Karen Eland, Hong Yi, Andrew Saur and Angel Sarkela-Saur. Another name worth mentioning is Maria A. Aristidou: using a brush and coffee, this English artist brings to life illustrations of famous personalities, cartoon characters, animals or reproductions of famous photographs. We could also mention the works of Michael Breach, the New York bartender who draws the faces of well-known celebrities or film stars on the foam of your cappuccino: not just Latte Art, but real masterpieces to be savored by the eyes and the palate, and immortalized forever in the photos published on the Instagram profile of this bartender portrait artist.

What do you think about the role of coffee in art? Do you know any other paintings where coffee appears or other artists who use it to paint?