Arabica and Robusta coffees, the characteristics
Skip to content 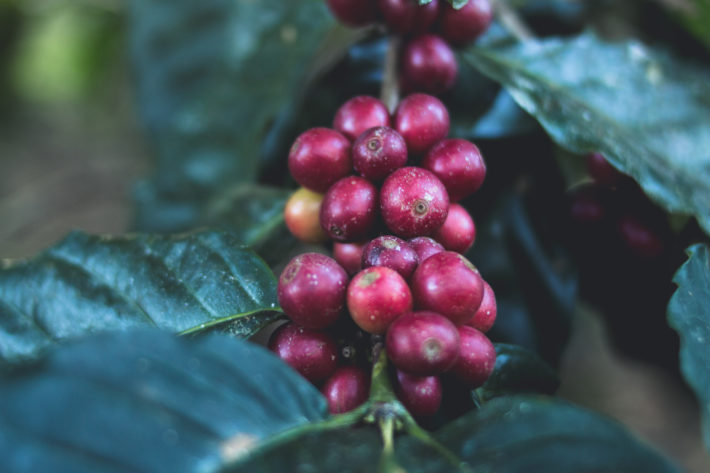 As happens with many plants that don’t grow at our latitudes, including coffee plants, we know relatively little about them. Even the most faithful coffee lovers and consumers, are not necessarily experts in the details of its appearance and characteristics, or even the differences between one type and another. Today we are going to take a closer look at these aspects, by talking about the two most widely used varieties of coffee, Arabica and Robusta, and also finding out how many varieties of green coffee actually exist.

These two varieties of coffee have certain characteristics which differentiate them in terms of growing conditions: firstly, they require very different growing environments. Although neither of these varieties adapt well to cold climates, the Arabica coffee plant is less resistant and needs more specific care; it is susceptible to attacks from parasites and funguses, it suffers from climatic stress, intense humidity and high temperatures. The ideal climate for growing this type of coffee is at high altitudes, between 1000 and 2500 meters. Robusta, on the other hand, tenacious and adaptable, really thrives at altitudes between 200 and 800 meters, by virtue of its resistance to high temperatures, humidity and attacks by insects.

Arabica and Robusta coffees: what are the main differences?

Let’s start with the appearance of the bean: the Arabica has an elongated shape, with a sinuous furrow in the centre; the color is a more or less intense green with slightly blue shades. The Robusta variety, on the other hand , has rounder beans, with a straight furrow, and it is pale green in color, with nuances that range from brown to greyish according to where the bean comes from. Among the more significant differences also, we find the annual yield which, in the case of the Robusta, is significantly higher than that of the Arabica (4000 kg per hectare compared to 1500-3000 kg). Finally, the caffeine content is also lower in the Arabica, and it is from this variety that we obtain coffees such as the Filicori Zecchini Etiopia Single origin.

Arabica and Robusta: the characteristics of the drink

The characteristics of a coffee depend not only on the variety, but also on factors such as the processing, the quality, the geographical origin and the roasting process. However, by outlining an aromatic profile of the Arabica and Robusta varieties, significant differences emerge. The former is in fact, highly perfumed, sweet, slightly acid, with a light hazelnut-colored cream. The latter, on the other hand, has a more distinct bitter note: the coffee is less complex and more structured, with a brown-colored cream 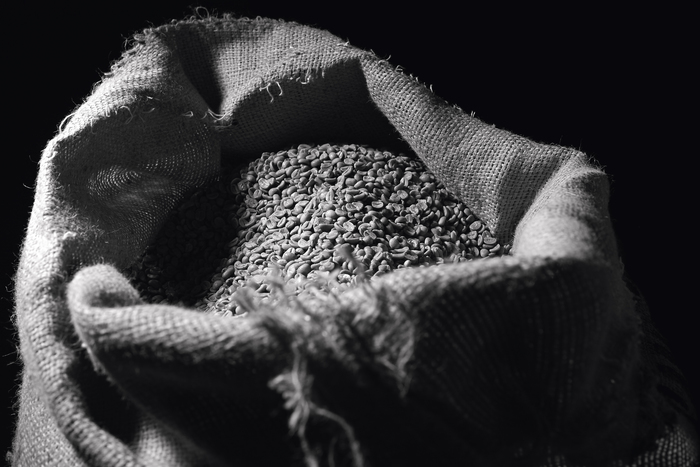 Green coffee: how many types are there?

So far we have looked at the differences between the two varieties of coffee, Arabica and Robusta, but the types of coffee also vary according to the processing methods of the drupes. Let’s see what they are.
● The washed Arabica is a green coffee prepared wet. The aromas are fruity and floral, linked to the taste of the acidity. The color is blue-green.
● The Natural Arabica is a coffee prepared using a natural method: the drupes are dried in the sun, before extracting the beans. The fruity notes are more muted compared to the previous type, and the aroma in the cup is dense and persistent with hints of honey and spices.
● The processing of the semi-washed Arabica allows drying without the fermentation of the fruits: the coffee is uniforma in roasting and full-bodied and sweet in the cup.
● Also the washed Robusta is prepared wet. It has a yellow-green color, and in the cup it is smooth and suitable for espresso coffee blends.
● The natural Robusta does not require any elaborate processing methods and thus is typically used in countries with reduced economic resources. Grown in Africa, South-East Asia and Vietnam, this variety has great body, but there are different nuances in the flavor of the drink according to its origins.
● In order to obtain the Robusta without its external film the beans are placed in a container with water which, once closed, rotates on itself. This causes rubbing which cleans the surface of the coffee beans, eliminating the silvery film and any residues from the surface. This process has no particular aromatic effect, but tends to make the bean more neutral and cleaner and thus ideal for a blend that enhances its creaminess.
● The Monsonato is a highly unusual Indian coffee, which was discovered almost by accident at a time when the merchant ships took several months to arrive in Europe from Asia. During the journey, the coffee was kept in the ship’s hold and ventilated so that it didn’t become moldy. The highly humid air, the saltiness and the ocean breeze all altered its flavor and color. However, when the Suez Canal was opened and the ships began to run on steam, the result was a coffee with a very different flavor: this is why someone decided to re-create the conditions of that type of sea-transport on dry land. Today in India, during the monsoon season, the process is reproduced in the factories: the dried beans are arranged in layers of 15 cm within open-sided structures protected by a roof, so they can absorb the humidity of that environment. The coffee is then sorted into sacks made of jute, stacked away and then exposed again to the salty air. This aromatization process lasts about 3 or 4 months, during which the acidity is reduced, and the beans acquire a straw color and their typical flavor according to their origins. 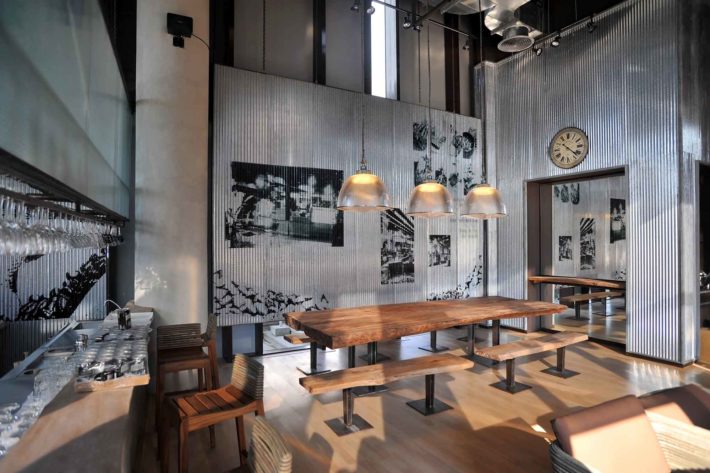 Bars in Italy: here are the new trends

Long gone are the times when going into a bar meant just having a coffee, or perhaps, in Italy, those… 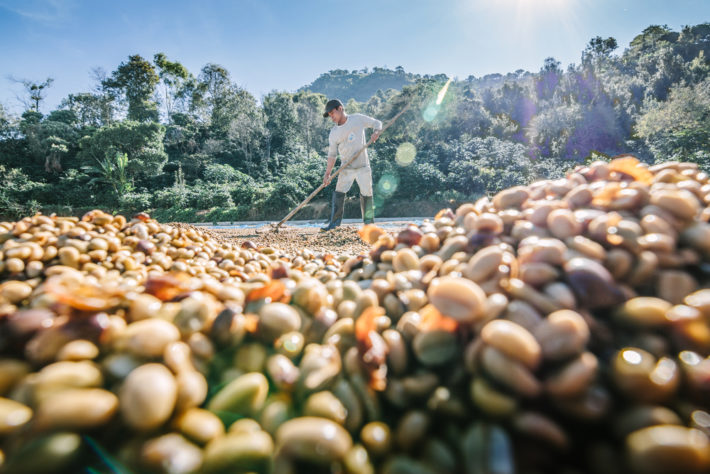 Organic coffee: why choose it?

Choosing to buy and consume an organic product is an important gesture, which increases the value of an environmentally-friendly production chain, but at the same time guarantees a high standard of quality for the consumer … 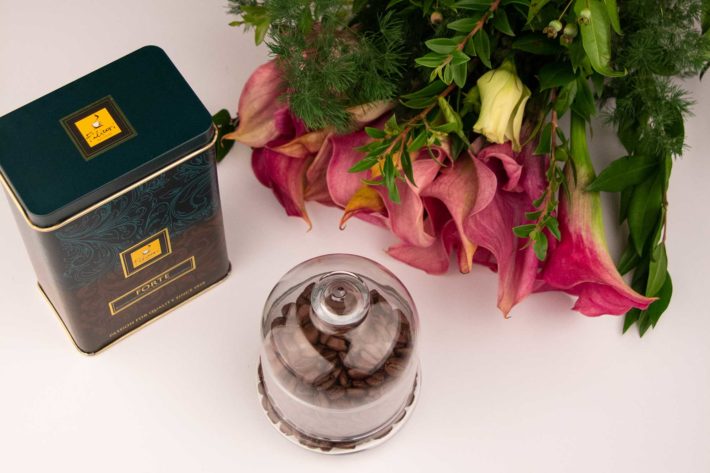 How to store coffee: secrets and advice for preserving the flavor

We all know that strong, unmistakable aroma of just opened coffee. And it is precisely that smell that we would like to preserve at all costs, especially in the following days, in order to get the perfect coffee.